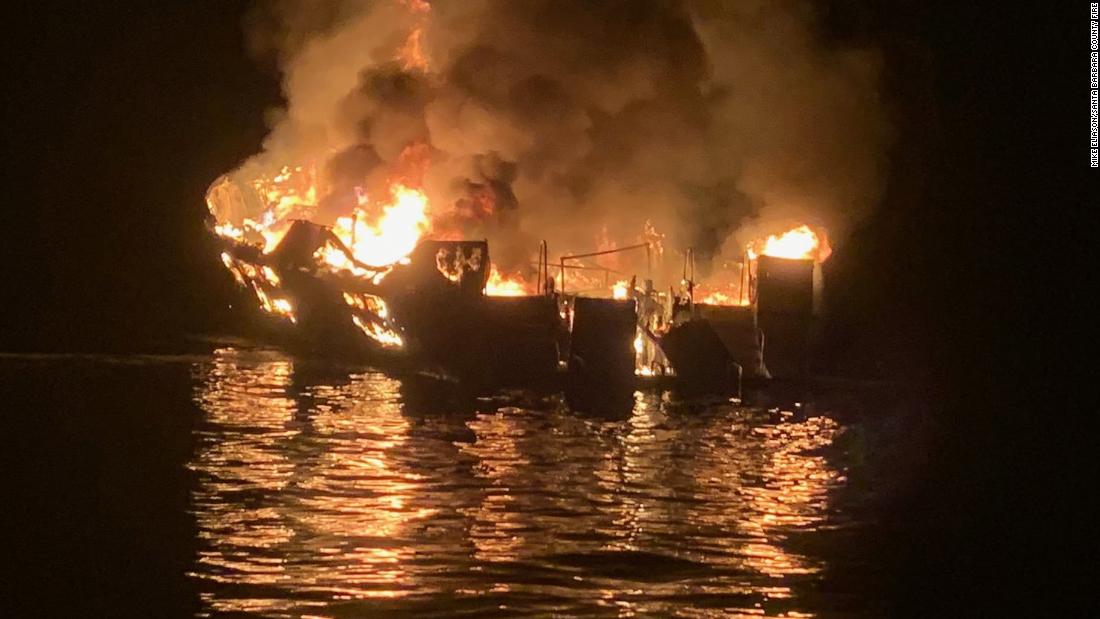 ( CNN) The 34 people feared dead in a California dive boat fire likely got trapped when the thundering blaze blocked their escape routes and restricted them to the lower sleeping deck, authorities said.

Thirty-three bodies have been recovered after the fire devoured the 75 -foot dive boat Conception off the Southern California coast early on Labor Day, leaving one presumed body yet to be found, the Santa Barbara County Sheriff’s Office’s joint information center said Wednesday.
Authorities have said 33 passengers and a crew member were believed to be in the below-deck bunkroom when the flame broke out shortly after 3 a.m.( 6 a.m. ET) Monday, and that those 34 did not survive.

Eerie mayday call from boat as it was engulfed in flames