Submerged statues and others that appear at low tide to be installed at several Queensland sites, as part of a project that also aims to rehabilitate sections of the reef 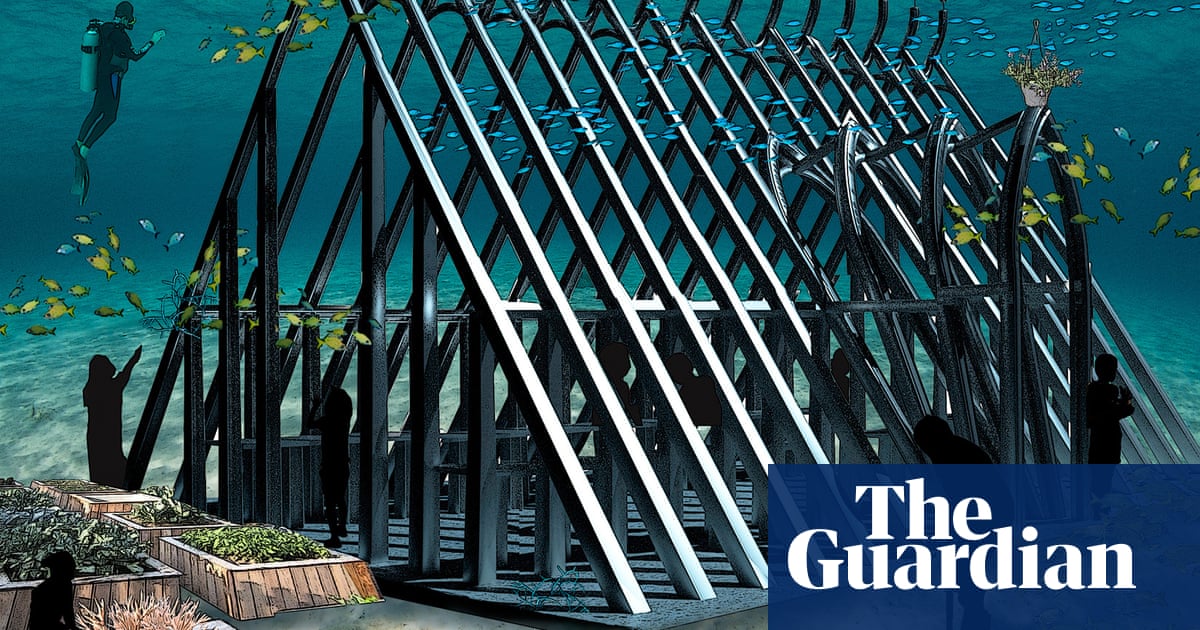 From a colour-changing figure warning of warming seas to a sunken skeletal greenhouse encrusted with coral, a new museum of underwater art in Australia’s Great Barrier Reef marine park aims to raise awareness of the threatened ecosystem- and rehabilitate parts of the reef.

Created by British sculptor and environmentalist Jason deCaires Taylor, the Museum of Underwater Art( MOUA) will feature partially and fully submerged installings and statues that will become sites for coral and marine life regeneration.

The artworks will be at several locatings along the Queensland coast, including the John Brewer Reef, and Magnetic Island, Palm Island and Townsville. The first, Ocean Siren, due to open in December 2019, is on the Strand in Townsville. The solar-powered sculpture of a young indigenous girl will change colour as a visual warning of critical warming, using live water-temperature data from the Australian Institute of Marine Science. It will be uncovered at low tide and underwater at high tide.

” The Australian Institute of Marine Science has a series of temperature loggers around the reef. It will compile this data and feed it into the sculpture, so that changes in temperature will be seen in real period ,” said deCaires Taylor.