At 50, two decades of stable family life fell apart. In this extract from her memoir, the novelist recalls finding strength in the chaos and a new voice 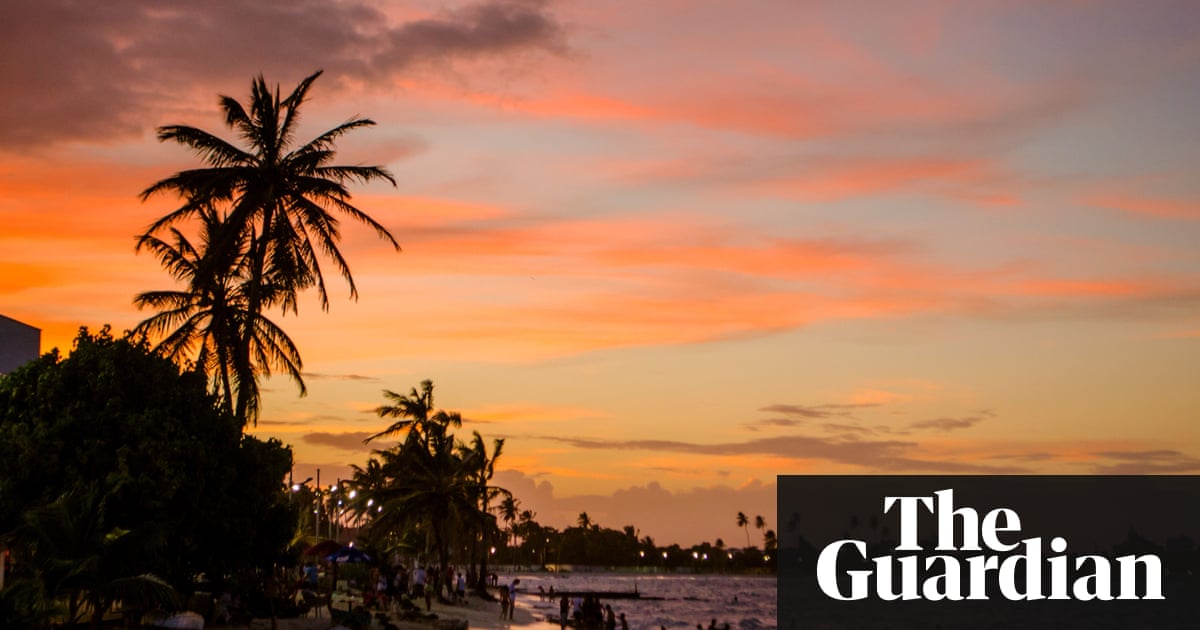 As Orson Welles told us, if we want a happy ending, it depends on where we stop the story. One January night I was eating coconut rice and fish in a bar on Colombia’s Caribbean coast. A tanned, tattooed American man sat at the table next to me. He was in his late 40s, big muscled arms, his silver hair pinned into a bun. He was talking to a young English woman, perhaps 19 years old, who had been sitting on her own reading a book, but after some ambivalence had taken up his invitation to join him. At first he did all the talking. After a while she interrupted him.

Her conversation was interesting, intense and strange. She was telling him about scuba diving in Mexico, how she had been underwater for 20 minutes and then surfaced to find there was a storm. The sea had become a whirlpool and she had been anxious about making it back to the boat. Although her story was about surfacing from a dive to discover the weather had changed, it was also about some sort of undisclosed hurt. She gave him a few clues about that (there was someone on the boat who she thought should have come to save her) and then she glanced at him to check if he knew that she was talking about the storm in a disguised way.

It was not that easy to convey to him, a man much older than she was, that the world was her world, too. He had taken a risk when he invited her to join him at his table. After all, she came with a whole life and libido of her own. It had not occurred to him that she might not consider herself to be the minor character and him the major character. In this sense, she had unsettled a boundary, collapsed a social hierarchy, broken with the usual rituals. She could have stopped the story by describing the wonder of all she had seen in the deep calm sea before the storm. That would have been a happy ending, but she did not stop there. She was asking him (and herself) a question: do you think I was abandoned by that person on the boat?

To speak our life as we feel it is a freedom we mostly choose not to take, but it seemed to me that the words she wanted to say were lively inside her, mysterious to herself as much as anyone else. He was probably the wrong reader for her story, but I thought on balance that she might be the right reader for mine.

Everything was calm. The sun was shining. I was swimming in the deep. And then, when I surfaced 20 years later, I discovered there was a storm, a whirlpool, a blasting gale lifting the waves over my head.

At first I wasn’t sure I’d make it back to the boat and then I realised I didn’t want to make it back to the boat. Chaos is supposed to be what we most fear but I have come to believe it might be what we most want. If we don’t believe in the future we are planning, the house we are mortgaged to, the person who sleeps by our side, it is possible that a tempest (long lurking in the clouds) might bring us closer to how we want to be in the world.

When I was around 50 and my life was supposed to be slowing down, becoming more stable and predictable, life became faster, unstable, unpredictable. My marriage was the boat and I knew that I could not swim back to it. It is also the ghost that will always haunt my life. I will never stop grieving for my long-held wish for enduring love that does not reduce its major players to something less than they are.

I am not sure I have often witnessed love that achieves all of these things, so perhaps this ideal is fated to be a phantom. What sort of questions does this phantom ask of me? It asks political questions for sure, but it is not a politician.

We sold the family house. This action of dismantling and packing up a long life lived together seemed to flip time into a weird shape; a flashback to leaving South Africa, the country of my birth, when I was nine years old, and a flash forward to an unknown life I was yet to live at 50. I was unmaking the home that I’d spent much of my life’s energy creating.

To strip the wallpaper off the fairytale of The Family House in which the comfort and happiness of men and children has been the priority is to find behind it an unthanked, unloved, neglected, exhausted woman. It requires skill, time, dedication and empathy to create a home that everyone enjoys and that functions well. This task is still mostly perceived as women’s work. Consequently, there are all kinds of words used to belittle this huge endeavour. If the wife and mother has been impregnated by society, she is playing everyone’s wife and mother. She has built the story the old patriarchy has designed for the nuclear heterosexual family, and of course added a few contemporary flourishes of her own. To not feel at home in her family home is the beginning of the bigger story of society and its female discontents. If she is not too defeated by the societal story she has enacted with hope, pride, happiness, ambivalence and rage, she will change the story.

The moody politics of the modern home had become complicated and confusing. There were many modern and apparently powerful women I knew who had made a home for everyone else, but did not feel at home in their family home. They preferred the office or wherever they worked because they had more status than being a wife. Orwell, in his 1936 essay Shooting an Elephant, noted that the imperialist “wears a mask, and his face grows to fit it”. The wife also wears a mask and her face grows to fit it, in all its variations. Some women who were the main earners in their family were being slyly punished by their men for any success they had achieved. Their male partners had become resentful, angry and depressed. Women are not supposed to eclipse men in a world in which success and power are marked out for them. It is not easy to take up the historical privilege of dominance over women (with a modern twist) if he is economically dependent on her talents. At the same time, she receives the fatal message that she must conceal her talents and abilities in order to be loved by him.

It was futile to try to fit an old life into a new life. The old fridge was too big for the new kitchen, the sofa too big for the lounge, the beds the wrong shape to fit the bedrooms. Most of my books were in boxes in the garage with the rest of the family house. More urgently, I no longer had a study at the most professionally busy time in my life. I wrote wherever I could and concentrated on making a home for my daughters. I could say that it was these years that were the most self-sacrificing, and not the years in our nuclear family unit. Yet, to be making this kind of home, a space for a mother and her daughters, was so hard and humbling, profound and interesting, that to my surprise I found I could work very well in the chaos of this time.

I was thinking clearly, lucidly; the new situation had freed something that had been trapped and stifled. I became physically strong at 50, just as my bones were supposed to be losing their strength. I had energy because I had no choice but to have energy. I had to write to support my children and I had to do all the heavy lifting. Freedom is never free. Anyone who has struggled to be free knows how much it costs.

Celia came to the rescue. She was an actor and bookseller in her early 80s. One evening in her kitchen in late January, she started to sing something to me in Welsh. I told her I didn’t understand Welsh.

“Well, I was born in Wales and you weren’t, but what I was thinking while I was singing is that you need a place to write.”